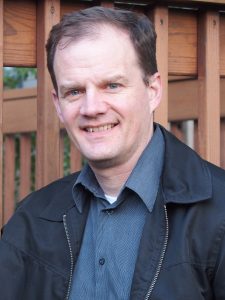 After earning his journalism degree from the University of St. Thomas, Ryan knew he wanted to tell powerful stories. He began in print media, as a stringer for UPI and later as a reporter for a community newspaper in Hermantown, Minn. In 1991, he joined KDLH-TV as an on-air general assignment reporter, but he also took turns as producer and fill-in news anchor. His favorite experience was featuring small communities in the newscast’s “On the Road in the Northland” segment. National news became his focus at Conus Communications, where he wrote broadcast copy and reported live for All News Channel, a 24-hour news program seen across the country.

Stepping out of the newsroom into the realm of public relations, Ryan joined a major agency in Minneapolis and then moved on to pitch healthcare stories for Fairview Health Services. While there, he developed key relationships with local, regional and national reporters; built and maintained the organization’s reputation by pitching stories that reflect its mission and values; addressed crisis situations; leveraged media to communicate critical messages; and advised all levels of staff. Later, at Boston Scientific, Ryan worked closely with diverse marketing teams to develop and execute dynamic campaigns highlighting key product launches, regulatory approvals, and data milestones in support of key business objectives.

After nearly 20 years of working in corporate-based public relations teams, plus another eight years of news and PR agency experience, Ryan launched DavenPR with the goal of providing strategic communications services that reflect both his global view and his deep understanding of public and media relations.